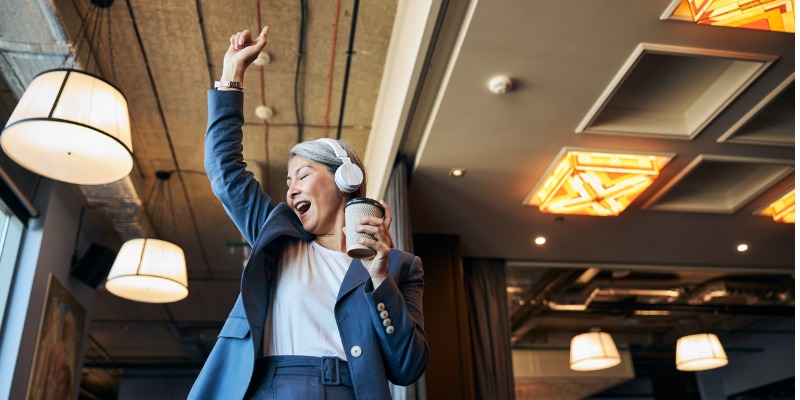 SSRIs & SNRIs for Menopause: What You Should Know

If you’re dealing with menopause symptoms, you may come across a surprising treatment option: SSRI and SNRI medications. While these drugs are widely known as antidepressants, they’re also a proven treatment for hot flashes and night sweats – some of the most uncomfortable symptoms of menopause. Here, we explain why SSRIs and SNRIs are prescribed during menopause, how they work, and what you should know before taking them.

What are SSRIs & SNRIs?

When treating menopause symptoms, however, SSRIs and SNRIs are used very differently. They’re prescribed at lower dosages, and they have different effects (more on that shortly).

Why are SSRIs & SNRIs prescribed during menopause?

Hot flashes and night sweats – known as vasomotor symptoms, or VMS – affect around 80% of people during menopause. As anyone experiencing VMS can tell you, these symptoms can have a serious impact on your sleep, your work, your relationships, and your overall quality of life.

The standard, first-line treatment for VMS is hormone therapy – typically a combination of estrogen plus progesterone. But these treatments aren’t always appropriate. Some people (such as certain cancer survivors) can’t take estrogen for medical reasons. Others simply don’t want to take hormones as a matter of personal preference.

This is why doctors prescribe SSRIs and SNRIs: They are an effective way to reduce the frequency and severity of VMS when hormone therapy isn’t an option. And while many physicians still regard hormone therapy as the best treatment, some research suggests that SNRIs achieve very similar results and may be just as good.

How do SSRIs & SNRIs work?

Let’s step back and consider why hot flashes and night sweats happen in the first place. During menopause, estrogen levels fall significantly. It’s believed this creates changes in the hypothalamus – the part of your brain that regulates body temperature. This leaves you vulnerable to small fluctuations in temperature which trigger flushing and sweating as your body tries to cool itself.

SSRIs and SNRIs shift the balance of your neurotransmitters, which may help compensate for the changes to your hypothalamus by allowing your brain to better regulate body temperature.

How effective are these medications?

The science is very clear: SSRIs and SNRIs are highly effective for treating VMS associated with menopause. And you can expect to feel their impact after just a week or two.

A major review of the scientific literature found that these medications significantly reduce the frequency and severity of hot flashes. Specifically, desvenlafaxine was shown to reduce hot flashes by 62% – i.e. seven fewer incidents per day – and to lessen their severity by 25 percent. Another study found that escitalopram reduced hot flash severity by at least 50% in more than half of people. Meanwhile, paroxetine reduced hot flash frequency by almost two-thirds.

Are there any side effects?

Side effects with these medications are typically mild. (Remember, people often take SSRIs and SNRIs at higher doses for psychiatric purposes.) The most common side effects for both SNRIs and SSRIs are nausea and constipation. These issues typically resolve as your body adjusts to the treatment. You may also notice mild headaches, fatigue, or drowsiness at the start of therapy.

Can I combine SSRIs & SNRIs with other medications?

SSRIs and SNRIs are contraindicated (meaning they should not be taken together) with a class of drugs called MAOIs, as well as any other medication that increases your serotonin. They may also interact with other drugs, so be sure to discuss this question with your doctor.

If you’re currently taking an SSRI or an SNRI as an antidepressant, it may already be easing your menopause symptoms. Even so, your doctor may be able to adjust your prescription (or prescribe additional hormonal treatment, if you’re eligible) to further improve your hot flashes and night sweats.

When hormone therapy isn’t an option, SNRI and SSRI medications are a well-established alternative for menopause-related hot flashes and night sweats. Most people who take these medications will see a significant reduction in the frequency and severity of their symptoms, resulting in better sleep and higher quality of life. And while the science around these medications is ongoing, there is already promising evidence that they perform nearly as well as traditional hormonal treatments.