When Can I Stop Using Birth Control? 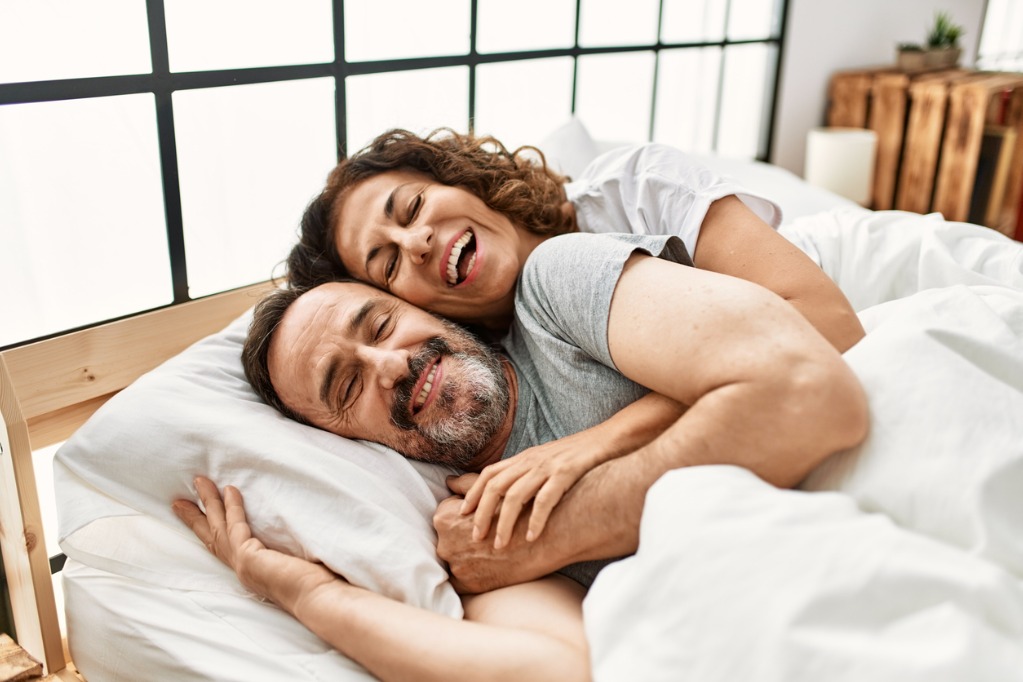 If you’re approaching menopause, you may be wondering when it’s safe to stop using contraception. And while the answer can vary depending on your unique health circumstances, most experts recommend waiting a full twelve months after your last period. Let’s explore the ins and outs of contraception after menopause.

‍When are you really menopausal?

Determining precisely when menopause has begun is trickier than you might think. For people in North America, the typical age of this shift is 51 years old. But for some, menopause may come as late as age 60, or as early as age 40. Irregular periods during this time might mean you’re approaching menopause (especially if you’re noticing other symptoms, such as hot flashes, night sweats, mood changes, and insomnia).

Even if you’re certain that you’re perimenopausal (i.e. you’re beginning the transition into menopause), it’s difficult to know when menstruation has truly and finally ceased. That’s why most medical authorities suggest following a 12-month rule: When you haven’t had a menstrual period for one full year, you’ve officially gone through menopause.

At this point, according to the North American Menopause Society and the National Institutes of Health, it’s safe to stop using contraception. Because you’re no longer ovulating, there are no eggs to be fertilized and you can’t become pregnant. Of course, you can still contract a sexually transmitted infection. If you’re using condoms for both contraception and STI protection, you should continue using them as STIs can affect women of all ages.

“Although not common, perimenopausal women can get pregnant,” says Dr. Leah Millheiser, Clinical Professor of OB/GYN and Chief Medical Officer of Evernow.

“When this happens, the risk of multiples (ie, twins) increases as perimenopausal women are more likely to release more than one egg during ovulation”

Some doctors will recommend hormone tests to gauge your progress into menopause. For instance, they may measure your level of estrogen—a primary sex hormone that falls during this time. Or they may test your level of follicle-stimulating hormone (FSH)—a hormone that plays a key role in fertility and ovulation. FSH levels tend to climb during menopause and stay consistently elevated thereafter.

Unfortunately, these are not very reliable measures of whether you’ve reached menopause. This is for two reasons: First, your levels of both estrogen and FSH can vary greatly from day to day. And second, it’s not uncommon for people to have low FSH levels even while they’re entering menopause. In other words, hormone tests can give you general, directional information about your menopausal status—but they cannot give you concrete answers about your fertility or your need for contraception.

In the words of the CDC, “No reliable laboratory tests are available to confirm definitive loss of fertility in a woman.” This is why it’s important to observe the 12-month rule recommended by most medical groups. And it’s why Evernow does not require a hormone test before prescribing menopausal hormone therapy. If you’re experiencing menopause symptoms, that’s enough to qualify you for treatment.

If you’re trying to determine whether you’ve reached menopause, hormonal birth control can be an added complicating factor. There are several forms of hormonal birth control (including hormone-releasing IUDs, Nexplanon, and Depo-Provera) that will suppress your menstrual period entirely. Of course, this means you won’t notice a change if your body naturally stops menstruating. Additionally, these birth control methods can prevent common signs that menopause is beginning, such as hot flashes, night sweats, insomnia, and vaginal changes.

Other forms of hormonal birth control can cause monthly bleeding, even if you’re no longer truly menstruating. This can also make it difficult to know when you’ve reached menopause. For instance, birth control pills frequently follow a ‘three weeks on, one week off’ regimen. This pattern can cause monthly bleeding (technically called withdrawal bleeding) that mimics your natural period. In this situation, some doctors may recommend that you temporarily cease birth control to check whether or not you’ve reached menopause.

“Around the age of 51 or 52, your clinician may recommend going off of the pill to see if you have gone through menopause,” says Dr. Millheiser. “If menopausal symptoms occur at that time, they may recommend that you take menopausal hormone therapy instead of going back on the pill.”

If you’re trying to avoid pregnancy, it’s important to use contraception until you’re certain you’ve gone through menopause. That means waiting a full twelve months after your last period. If you’re nearing menopausal age and currently taking hormonal birth control, you may want to work with your doctor to temporarily pause your medication and see if your natural menstruation has stopped.