It’s common knowledge that sleep patterns change with age. But during menopause, the decline in melatonin, estrogen, and progesterone can cause a slew of new sleep disturbances that are entangled with chronic pain, depression, hot flashes and night sweats, and more. Let’s explore how menopause impacts your sleep and holistic health—and what you can do about it.

How hormones regulate your sleep

Human life is organized around our circadian rhythm: the daily cycle of body functions and behaviors that tells us when to eat, move, rest, use the bathroom, and so on. Nothing is more essential to this rhythm than our sleep-wake cycle.

Sleep is an incredibly complex physiological process which is still being researched. But we know that it’s influenced by a flux of daily hormones. These include melatonin—a hormone produced by the body in response to darkness—and the sex hormones estrogen and progesterone. Here’s how:

Melatonin is best known as the key to the sleep-wake cycle, though it plays a role in many of the body’s systems. It acts directly on the suprachiasmatic nucleus (SCN)—a part of the brain (sometimes called the body’s pacemaker) that helps govern our circadian rhythm. This cues us to get drowsy as the sun sets in the evening, and to wake up with the morning light. When melatonin levels are low, researchers have suggested, sleep disturbances are the result.

Estrogen is similarly broad in its importance. It’s often regarded as a “sex hormone” because of its impact on menstruation, fertility, and vaginal health.. But estrogen influences almost every tissue and organ in humans, including the skin, hair, bones, heart, and brain.

Progesterone’s biggest impact is in the uterus, where progesterone prepares the uterine lining to support the growth of a fertilized egg.

Both estrogen and progesterone influence sleep. Researchers don’t fully understand this relationship yet, but there are several lines of evidence to support it:

First, children begin exhibiting different sleep patterns at puberty, when sex hormones come into play. Second, the sleep patterns of menstruating women change with their ovulatory cycle, tightly correlated with hormone flux. And third, sleep disruptions are linked to major hormonal shifts such as menstruation, pregnancy, menopause. We also know that the sleep-regulating centers of the brain are rich in estrogen receptors—a suggestive clue as to why sleep quality declines during menopause.

All three of these hormones (melatonin, estrogen, and progesterone) fall significantly during menopause. During this time, sleep quality tends to worsen. Before menopause, 16-42% of women have sleep disturbances (such as trouble falling asleep, frequent nighttime awakenings, and waking up before feeling fully rested). During and after menopause, however, that number jumps to nearly 80 percent.

In other words, menopause and insomnia often go hand in hand. Researchers believe that some of this effect may be due to normal aging and the psychosocial stressors that accompany it. But falling hormone levels also have a direct impact on sleep quality: As we described above, estrogen, progesterone, and melatonin all act on your brain to influence your sleep-wake cycle.

To complicate matters further, menopause causes a slew of other health issues that can cascade into insomnia. That includes:

"Sleep disruption is one of the most common and distressing symptoms of the menopause transition and beyond,” says Dr. Leah Millheiser, Clinical Professor of OB/GYN and Chief Medical Officer of Evernow.

“Lack of sleep can affect mood and memory; and lead to weight gain, poor performance in the workplace, and decreased libido." - Dr. Leah Millheiser

For people trying to fight insomnia and related health issues during menopause, there are effective treatments available. But it’s important to work with your healthcare provider and address the underlying issues.

“Identifying the root of cause of sleep disruption during the menopause transition is the key to choosing the most appropriate treatment,” says Dr. Millheiser.

One established treatment option is prescription hormone therapy (HT), which uses estrogen and/or progesterone medication to supplement your natural hormone levels. A 2022 review of 15 studies found that HT has a beneficial effect on sleep quality, while a 2017 review of 42 studies reached the same conclusion: HT improves sleep in people with poor sleep and vasomotor symptoms.

Hormone therapy also improves the related symptoms of menopause which can cascade into insomnia. It remains the most effective treatment for VMS, reducing both the frequency and severity of night sweats.

Melatonin may also be a helpful tool for addressing menopausal insomnia and other symptoms. A 2013 meta-analysis found that melatonin helps people fall asleep faster, sleep longer, and have better overall sleep quality. Please note, however, that melatonin is an over-the-counter supplement, and therefore not regulated by the FDA.

Finally, there are non-hormonal treatments available which have proven effective in treating menopause symptoms and related insomnia. SSRIs and SNRIs were originally developed as antidepressants but are now prescribed in low doses to treat VMS. By reducing the frequency and severity of night sweats, these medications can significantly improve sleep.

During menopause, falling levels of estrogen, progesterone, and melatonin may disrupt your normal circadian rhythms. And while many people accept insomnia and sleep disturbances as an inevitable part of menopause, there’s simply no reason to “tough it out.” Menopausal hormone therapy as well as some non-hormonal treatments for menopausal symptoms have been shown to help you maintain longer, higher-quality sleep.

Are You a Candidate for Hormone Therapy?

Women can begin taking hormones once they are in perimenopause or menopause and are displaying reduced or fluctuating estrogen and progesterone. 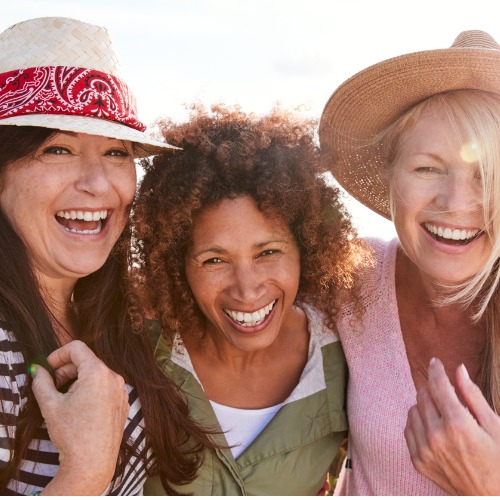 During menopause, your body is doubling the rate at which it stores fat. This means that strategies that worked in the past won’t be as effective now. 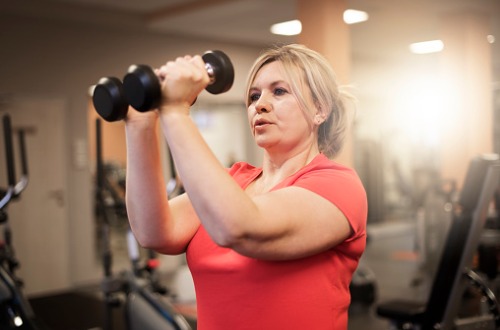