Uterine Fibroids & Menopause: What Should You Know? 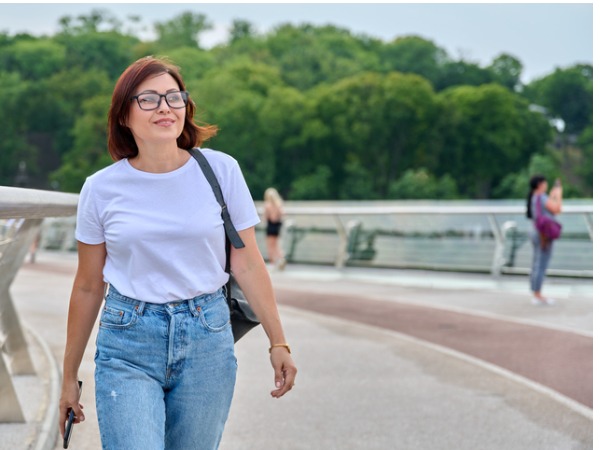 Uterine fibroids are noncancerous growths of muscle and connective tissue that can cause uncomfortable symptoms. Fibroids are also sensitive to estrogen and progesterone, which has raised concern for people considering menopausal hormone therapy. Fortunately, hormone therapy is safe for people with fibroids as long as you follow medical advice. Here’s what you need to know.

Generally speaking, the risk of symptomatic fibroids increases over time and peaks just before menopause, after which it begins to decline.

Uterine fibroid basics: What are they?

Uterine fibroids—aka leiomyomas—are tumors of the uterus. They are almost always benign, meaning they are not cancerous. Fibroids are the most common tumor of the reproductive tract, affecting 70-80 percent of women at some point during their lifetimes.

In most cases, fibroids are small and harmless. In fact, you may not even know you have one until a doctor spots it during a routine pelvic exam or ultrasound. But if they grow larger, fibroids can interfere with the normal functioning of the uterus and put pressure on other organs (like the bladder). This can cause a range of serious symptoms, including:

Fibroids are most often diagnosed via ultrasound, which uses sound waves to image the inside of your body. In some cases, the doctor may also use an MRI or another imaging technique to rule out other possible conditions.

Evernow Medical Director Dr. Emily Hu, MD, says, “If fibroids are not causing any symptoms , they do not need to be treated.”

If symptoms are related to heavy or irregular vaginal bleeding, then hormonal medications can be helpful. Severe symptoms could also be addressed with treatments ranging from surgical removal of the fibroid to removal of the entire uterus (hysterectomy), radiofrequency techniques to shrink the fibroid, and estrogen-blocking medications that cause “starve” fibroids of the hormones they feed on.

We don’t fully understand the underlying mechanisms that cause fibroids. It’s believed that certain genetic factors cause malfunctions in the cell biology, leading uterine cells to proliferate abnormally. The hormone insulin may also play a role, as it can cause abnormal tissue growth at high levels. By far, however, the clearest causal factor we’ve identified are the sex hormones estrogen and progesterone.

There are several pieces to this puzzle. First, uterine fibroids aren’t typically seen prior to puberty, when sex hormone levels are very low. Second, we know that fibroids are rich in estrogen and progesterone receptors, allowing the tissue to sense and respond to those hormones. And third, treatments that suppress your normal estrogen and progesterone levels (such as gonadotropin‐releasing hormone agonists, aka GnRH) can cause fibroids to shrink or disappear entirely. When this treatment is stopped, the fibroids may come back. This is why fibroids are often characterized as “estrogen dependent.”

How does menopause affect uterine fibroids?

Generally speaking, the risk of symptomatic fibroids increases over time and peaks just before menopause, after which it begins to decline. This is probably due to the hormonal shift that occurs at this time. Falling levels of estrogen and progesterone seem to deprive fibroids of the hormones they rely on. For some people, menopause offers the first relief from troublesome fibroid symptoms that have lasted for years.

However, it’s crucial to note that these are only rough generalizations. For other people, fibroids persist through menopause—or even grow, causing new symptoms. We don’t know why this is the case, but it may be partially due to changes in other factors (such as obesity) which can heighten fibroid risk.

Menopause can also impact the treatment decisions people make around uterine fibroids. For instance, pre-menopausal people might still plan to have children. This can make hysterectomy (the removal of the uterus) an undesirable strategy to treat or prevent fibroids. After menopause, when fertility is no longer an issue, hysterectomy may become a more appealing option.

How do fibroids respond to menopause treatments?

For many people entering menopause, the symptoms caused by falling levels of estrogen and progesterone are extremely uncomfortable. Hot flashes, night sweats, skin and hair changes, and genitourinary symptoms can all have a negative impact on quality of life. The gold standard treatment for these symptoms is menopausal hormone therapy (MHT), which uses estrogen and/or progesterone (administered as a pill, cream, or vaginal insert) to supplement your natural hormones.

But what does this mean for people with uterine fibroids? Will MHT cause your fibroids to persist or even grow after menopause? This question has been debated and researched for years, and the current outlook is optimistic: According to a recent state-of-the-art review, HT is a viable option for people with uterine fibroids. It’s simply recommended that doctors prescribe the lowest effective dose of progesterone and watch for changes in any existing fibroids.

Other researchers have reached similar conclusions. A 2021 study found that HT is safe for people with uterine fibroids, recommending that people with large fibroids have regular follow-up care. Another study found that HT does increase the volume of fibroids, but that this effect tapers off over time. The study noted that doctors should not over-emphasize this effect when speaking with patients.

If MHT is not an option for you, don’t worry. There are other menopause treatments that can improve your symptoms without affecting your hormonal balance. SSRI and SNRI medications are a class of drugs originally developed to treat anxiety and depression. Taken at low doses, however, they’re highly effective at preventing hot flashes and night sweats—the most challenging menopause symptom for many people. Other menopause symptoms (such as insomnia, skin and hair changes, and vaginal dryness) can all be treated with personal care products, over-the-counter supplements, and prescription medications.

Bodies are complex, and it can feel daunting to deal with entangled issues like fibroids and menopause. Sometimes we face real questions about how to balance risks and minimize side effects. But you’re not alone in this challenge. Work closely with your healthcare team, let them know when you experience new symptoms, and set your expectations high. In time, you’ll find a treatment strategy that addresses your menopause symptoms and uterine fibroids alike.

About 20 million American women have had a hysterectomy. However, not every hysterectomy is the same. Learn about the differences here. 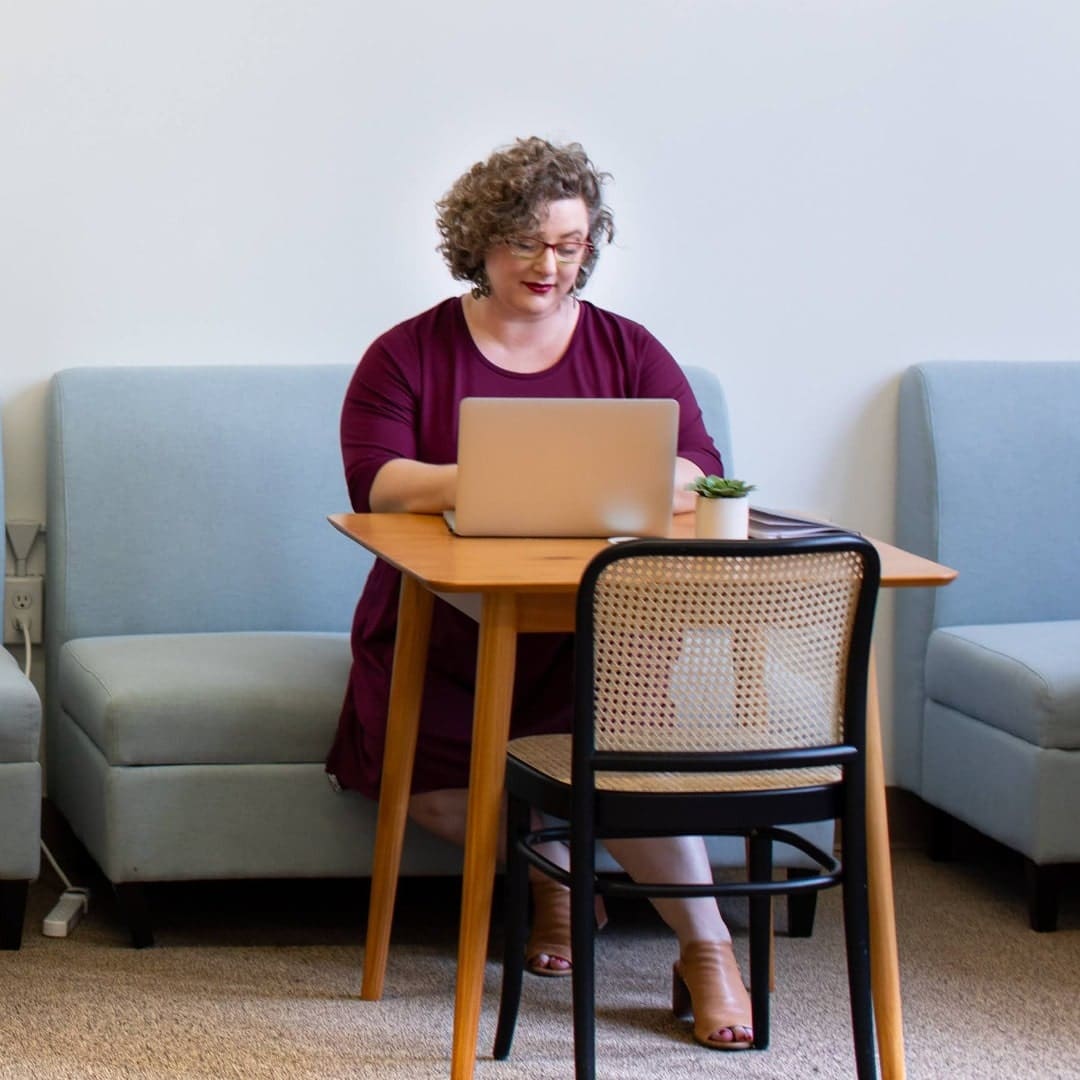 Perimenopause Cramps: What’s Happening & How to Manage It

If you’re having cramps during menopause, here’s why—and what you can do about it. 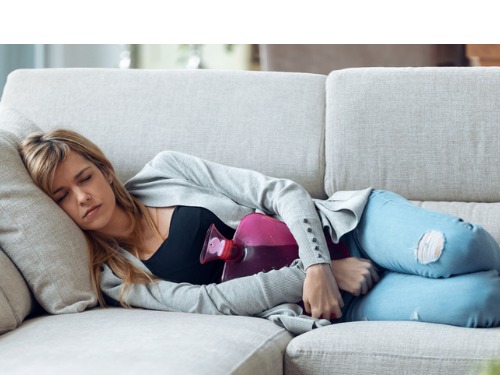